This story has been rumbling away in Canada for a week or so now. If it wasn't for the Roman catholics hogging all the limelight it would probably be the number one religious news item internationally as well. 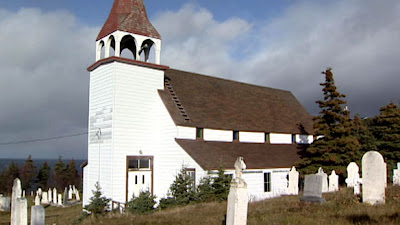 From CBC NEWS:
A security guard has been posted at an Anglican church outside St. John's after the building's large steeple was found on the ground Wednesday morning. The vandalism happened hours after preservationists thought they had prevented a church council from demolishing the building.

"Someone showed up here and used what appears to be chainsaws or saws to cut the wooden support to the steeple. Then the steeple was pulled down, possibly by rope or something like that," CBC News reporter Cecil Haire reported.

The town is offering a $500 reward for anyone with information on what happened to the steeple.

The former church was set to be torn down to make way for a graveyard. The Anglican Church had already deconsecrated the 116-year-old building and has been using a new church for several years. Following a public uproar, the town council in Portugal Cove-St. Philip's voted 6-1 on Tuesday night to save the unused church.

After the vote The Reverend Edward Keeping, rector of the community's church, stated that he was "disappointed at how the vote went" and blamed some members of council for having made up their minds before the matter was debated Tuesday night.

Keeping said most members of the church council approved demolition at their recent annual meeting, although most of the several dozen people who attended a meeting on the building Sunday wanted to preserve it. Many identified themselves as members of the congregation.
Keeping was not persuaded.

"We cannot afford it. We don't have the money," Keeping said.

As he was leaving the town office, Keeping encountered Steve Sharpe, who heads the preservation council. Keeping pointed into Sharpe's face and warned him not to come near the old church and cemetery again. 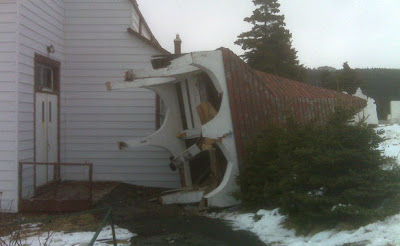 COMMENT: Well, at least this proves one thing once and for all. Not only did the Vikings discover Newfoundland - they are still there.