Yesterday, former children in a German orphanage submitted written statements that a German bishop habitually beat them. The Bishop of Augsburg, Walter Mixa, was a controversial conservative churchman appointed by Pope Benedict in 2005 and has been called his friend.

According to the statement, Mixa used to hit and degrade the children repeatedly during sessions of punishment. Among other details, Mixa is accused of using a carpet beater on the bare behinds of victims as he screamed: 'Satan is in you and I must drive him out.'

Mixa previously explained that the liberation movement deserved a 'significant' part of the blame for pedophilia scandals in the church. 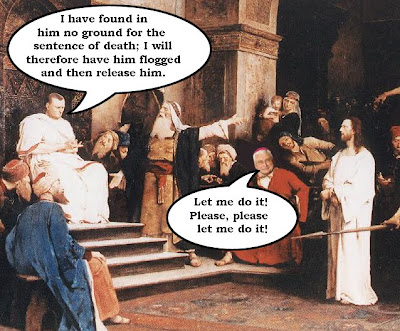