From THE SAN DIEGO NEWS: 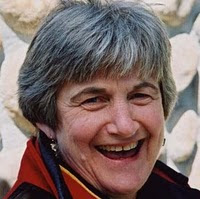 A retired Presbyterian minister in Northern California is again facing charges she violated church law when she officiated at the weddings of gay couples. The Rev. Jane Spahr, 67, was acquitted two years ago of similar charges when the church's top court found that she did not violate denominational law because the ceremonies she performed were not real marriages. But this time, the same-sex marriages at issue were legal in California. The 16 weddings were performed in 2008 before voters banned the unions with the passage of Proposition 8.

Spahr's lawyer, Scott Clark, said it's unprecedented that the church is trying to sanction a minister for performing legal marriages.

The prosecution counters, however, that while the marriages may have been legal under state law, they were "expressly prohibited" by the church.

The case hinges on "a narrow issue of church law," said prosecutor JoAn Blackstone, who added that the local presbytery committee that investigated the Spahr case found it didn't have "any wiggle room" in deciding to press charges.

COMMENT: Oh, I see, the "No wriggle room" defence. If I remember rightly that's the one Pontius Pilate used in the "King of the Jews" case.