An investigative television report from the village of Bjästa near Örnsköldsvik in northern Sweden has detailed a case in which a 14-year-old girl, 'Linnea', was raped in a school toilet by a 15-year-old boy, 'Oskar'. The boy confessed to the crime and was suspended from school, but as rumours of his innocence began to circulate Linnea found herself the victim of a widespread smear campaign on the internet. Buoyed by the support, Oskar retracted his confession but was later found guilty of rape in both the district and appeals courts.

As thousands signed up to back Oskar on social networking site Facebook, the situation ultimately became untenable for Linnea and her family, and she was forced to move 500 kilometres to a new school. Furthermore when the end of the school term arrived, three months later, Oskar was allowed to attend a school awards ceremony in the local church service with the consent of the pastor, despite no longer attending Bjälsta school. The service ended in a vocal public demonstration in support of the 15-year-old. Film footage from the service posted to the internet by Oskar's mother showed him passing out flowers to his former schoolmates and receiving applause and hugs in return.

Later that day, Oskar joined up with the his schoolmates to celebrate the end of term at a nearby beach. During the evening the boy raped a 17-year-old girl, 'Jennifer'.

Despite a second conviction in the courts, the online campaign continued with Jennifer now taking Linnea's place at the centre of the community's ire and suspicions. Comments on the Facebook page, blog and other internet sites, which had collected 4,000 members, became more and more accusatory against the girls.

The programme reported that not one single adult at Bjästa school took a stand against either Oskar or the campaign or rumours that spread around the small community - neither before nor after the court convictions.

The case has shocked Sweden and has led to a massive outpouring of support for the girls across the country in recent days. The school principle and the village pastor have both been reported to the country's justice ombudsman for their alleged failure to support the victims. 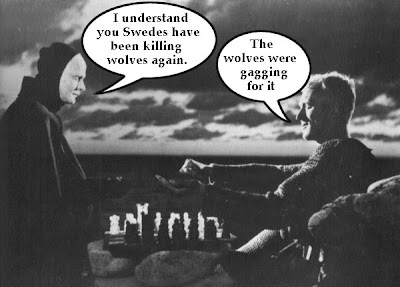