Four American victims of clergy sexual abuse were detained and questioned by Italian police in Rome after showing photos of the pope during a news conference outside St. Peter's Square.

Barbara Blaine, one of the victims, said police told them they were detained because they didn't have a permit for the outdoor news conference. But she added that the police seemed most concerned because they displayed photos of Pope Benedict XVI and his top aide, Italian Cardinal Tarcisio Bertone. She says police also confiscated posters with slogans like "Stop the secrecy."

COMMENT: Confiscating "stop the secrecy" posters is the police state at its most ironic. The Italian nation will never truly get rid of the legacy of Mussolini as long as the pope still calls the shots. But, with Italian abuse victims now coming out of the closet and daring to speak up about their experiences of "pastoral care," it might not be that long before the Italians join the Irish in wanting to distance themselves from their "special relationship" with the Vatican Nation. 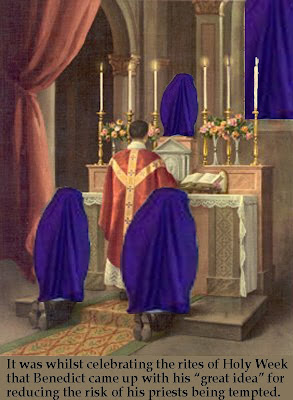