From THE DETROIT NEWS: 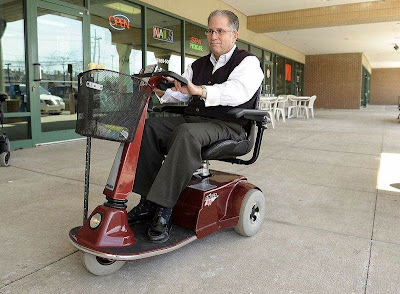 Michael Balkin observes traditional Jewish practices, but walking to services has been difficult for the past 20 years. A worsening neurological disorder has made walking more than a few steps nearly impossible for the 59-year-old West Bloomfield resident. But in recent years, things have improved for Balkin, thanks to a motorized -- and perfectly kosher -- scooter.

"Now I'm able to do whatever and go to Shul and do whatever I want and how I want," said Balkin.

Orthodox Jews don't drive vehicles or use anything motorized during the Shabbat, or Sabbath, which lasts from sundown Friday to nightfall Saturday. But a Bridgeport company has rolled out specially designed scooters that allow Orthodox Jews to follow their beliefs and still make it to the synagogue. Amigo Mobility International Inc. began making the Shabbat-approved scooters five years ago. It uses a module manufactured in Israel and certified by the Zomet Institute, an Israeli nonprofit that specializes in electronics that meet Halakha, or Jewish religious law.

It's designed in such as way that on Fridays and Saturdays, it's a special mode and during the week it is a standard mode. It carries a special black-and-white sticker that has to be displayed at all times so others know it meets Halakha law. 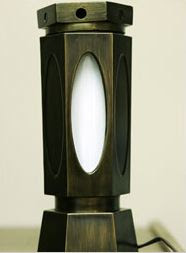 COMMENT: I have been unable to find out what exactly makes a scooter kosher on some days and not kosher on others. However, I assume it works in a similar way to this kosher lamp. You switch it on before the Sabbath and it remains on. If you don't want the light on the Sabbath you simply turn the wooden box, that covers it, so that there is no window for the light to shine out of.

Yes, that is bollocks, of course. You are still switching it off. Do they really think Yahweh is going to be fooled by such a cheap trick. And it's a complete waste of electricity which, no doubt, will bug Yahweh even more. But, to be fair to orthodox Jews, most of their rabbis would simply give disabled people dispensation to ride an ordinary scooter on the Sabbath in the same way that Muslims get dispensation if they need to eat, for medical reasons, in daylight hours during Ramadan.

In other words - somebody is making a lot of money out of the fact that a lot of people have got completely the wrong idea about who Yahweh is. 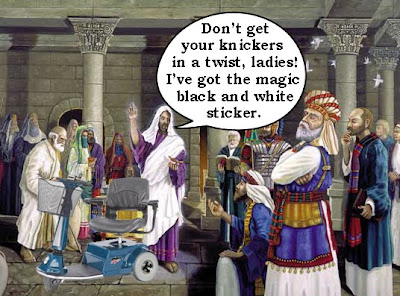