From THE STAR (Toronto): 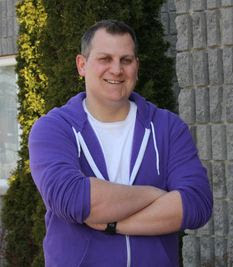 It’s hard to imagine pastor Rob Knight as an armed and dangerous criminal. But that’s what Cobourg police feared they might be confronting when they surrounded his family minivan during a dramatic “takedown” on Wednesday afternoon.

“It was all a misunderstanding,” the youth pastor at Cobourg Alliance Church, says as he recalls the incident on the city’s busiest downtown street. “The funny thing is there was maybe only two minutes when anyone could have seen the guns.”

Unbeknownst to the passerby who called police, the “guns” were harmless props in a video that Knight, 34, was filming with three Grade 10 students in a covered walkway just off King St. The video, which he’ll be showing at a Good Friday youth rally in Scarborough, is a “modern day analogy of the sacrifice Jesus made for mankind.”

Police surrounded the minivan at the end of the shoot.

“They told us to put our hands up and had two of us in the front seat get up so they could search us,” Knight told the Star Thursday.

Const. Terry Stanley said that the four men could have terrified the entire neighbourhood, Stanley says.

“Especially when no one knew what was going on. They were so silly. They just weren’t thinking. This kind of thing would get worried people frantic on their cellphones easily.”

20 Members of a Tai Chi class, that had met weekly at the All Saints' Church Hall in Totley, Sheffield, for nearly five months, claim they have been banned by the church. 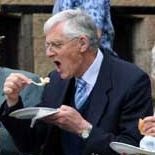 Vicar, Rev David Rhodes, said, "Our understanding is that the basis of Tai Chi is an Eastern religion and from the church's point of view that isn't something that we want to be involved in."

However, the group, comprising mainly older women, said they only took up Tai Chi - which involves slow movements and controlled breathing - to stay healthy.

Jennie Street, from the Totley Residents Association, said, "Some of the older people were very upset about it. They say they're just doing exercises and being healthy, it's got nothing to do with religion."

A gay disco has been banned over fears that it would upset Christians at Easter. The Good Friday Gay Pride event in a village hall was approved then cancelled.

Organiser Jason Hudson said: "I feel this is discrimination - it's ridiculous in this day and age. The original purpose of the club was for the betterment and education of the people of St Agnes, but now it seems to be for a select few. Does she think there are no gay people living in the village? I'm sure they will feel offended by the suggestion that a gay dance night may upset people."

But the committee chairman of the Miners' and Mechanics' Institute in St Agnes, Cornwall, Dawn Brown, said the village "has a large and active Christian community whom I would not wish to upset."

She also said the organisation had to "think of its image" but denied suggestions that it was anti-gay, saying: "We want to create a family-centred venue."

Mr Hudsonhas now been given the go-ahead to hold the event at Qdos in Truro. 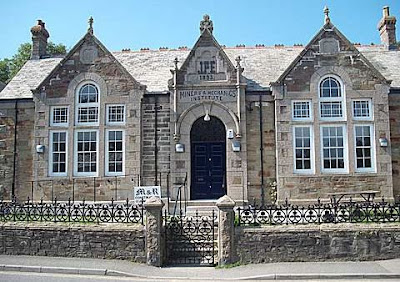 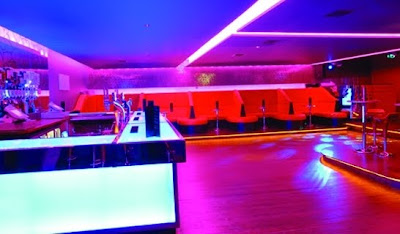 COMMENT: You know, I think things have turned out for the best in the end. Qdos looks a lot more fun than the Miners' Institute. And, anyway, the gay people of Cornwall probably should stay clear of the St. Agnes building - it looks like just the sort of place where Japanese satanists, disguised as sweet, grey haired old ladies, would practice their evil Tai Chi rituals. 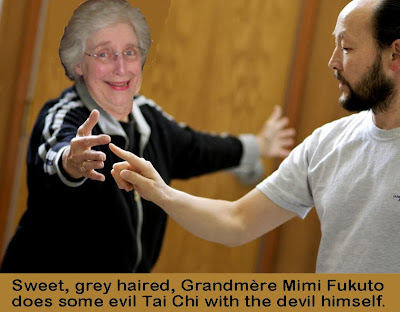