"As we report today, the office of the Archbishop of Canterbury has said it regrets the election of Canon Mary Glasspool as a bishop in Los Angeles. If only all elections were as straightforward as this one."
(Our Ruth, THE TIMES)

Oh, and this is what Ruth is referring to. But, come on, does anybody actually care anymore?

The Archbishop of Canterbury's office today described the election of an openly lesbian bishop in the United States as "regrettable" and warned that it could further threaten the unity of the Anglican Communion.

The London office of Dr Rowan Williams responded to the election of Canon Mary Glasspool to a suffragan see in Los Angeles by warning of "important implications". The statement from Lambeth Palace said that further consultations will now take place and regretted that calls for "restraint" had not been heeded. 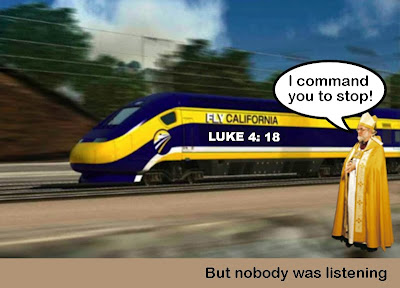