From THE HENDERSONVILLE STAR NEWS: 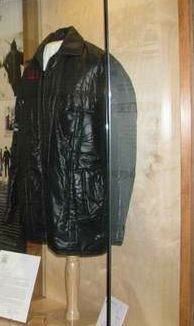 Last Tuesday, John Paul II High School marked the fifth anniversary of the late Pontiff’s death by unveiling the Vatican’s gift – a black ski jacket worn by the leader. The jacket, along with some biographical information, will be on display permanently at the school.

“This is a momentous occasion for our high school, which has always felt a special bond with Pope John Paul II and is so proud to have his spirit as our inspiration,” said Faustin Weber, Headmaster at JPII. “

The gift was received shortly after the school opened in 2002. When the pope passed away in 2005, the school held on to the item, waiting for an appropriate time to display it.

The jacket will become a second-class relic should the pope be canonized a saint. The pope’s beatification, a first step toward sainthood, is expected by many on April 2, the fifth anniversary of his passing. 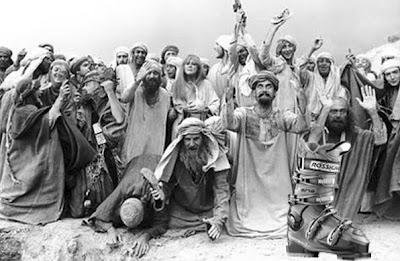