Poor Australia. First they had to put up with Benny and his boring, young nerd convention rolling up and scaring the sheep. Now, they are have having to play host to an even bigger sheep scarer, the puritanical fundi-atheist, Mister Dicky Dorkins. 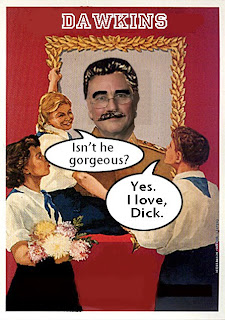 From THE SYDNEY MORNING HERALD:
The creation of saints is "pure Monty Python" and the Family First senator Steve Fielding is more stupid than an earthworm, says the evolutionary biologist Richard Dawkins.

"The whole idea of creating saints is pure Monty Python,'' he said. ''Why do they have to clock up two miracles? These are people we are supposed to take seriously."

Dr Dawkins said he was often criticised for attacking easy targets such as Christian fundamentalists instead of serious theologians such as "Pope Nazi."

Catholic theologians "believe in miracles and get doctors to provide testimony that someone got cured from cancer. It's just surreal and completely gives the lie to the claim that sophisticated theologians should look down on fundamentalist wingnuts. They are all the same," he said. 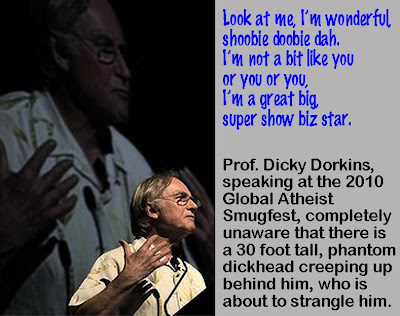