Germany hatched a plan during World War Two to infiltrate the Vatican with spies disguised as monks, according to secret MI5 intelligence reports. A Nazi sympathiser living in Rome came up with the idea and it was quickly seized upon by officials in Berlin who saw it as the ideal opportunity to keep up with Allied activity in the city.

Six agents were sent to a cloister near St. Peter's to pose as monks and seminarians but they aroused the suspicion of Vatican officials for their lack of knoweldge on Catholic doctrine - and their interest in women.

The plan is revealed in MI5 reports held at the National Archives in Kew and which have now been declassified - and it comes just days after other files revealed how Germany had also tried to infiltrate the Boy Scouts. 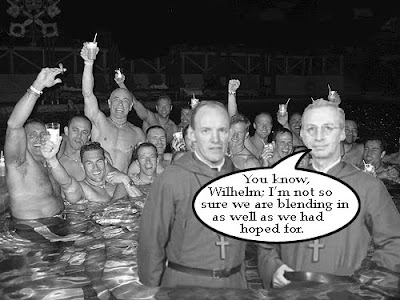