The Grand Tufti has been awarded a top Russian honour
recognising his love of the country and its literature. He

received the Order of Friendship at a ceremony in London.
He was given a volume of his own poems translated into
Russian which was nearly blocked by a Moscow customs
official who mistook it for explosives. Dr Williams said he
was "delighted and rather overwhelmed" by the award. 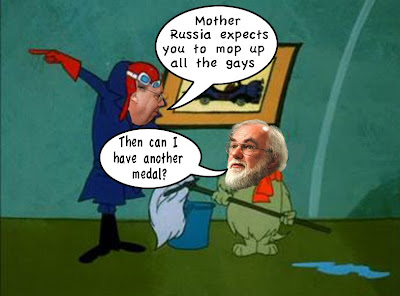