Protesters in Boston called for a government investigation

The vigil came a day after the former archdiocese of Pope

Benedict XVI disclosed that while he was archbishop, it
transferred a suspected pedophile priest to a job where he
later abused children.

story showed the church is "rotten from the top down."
Doyle said protesters tried to deliver a letter requesting
help to U.S. Sen. Scott Brown's office, but a building guard
turned them away. 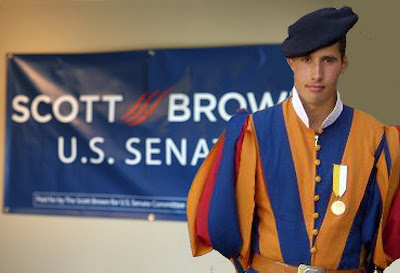