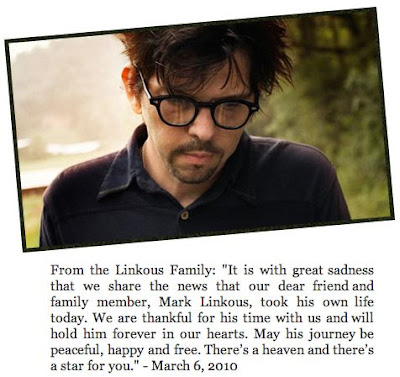 Mark Linkous, the singer-songwriter who released his music under the band name Sparklehorse, has died after shooting himself in the chest in Tennessee. He was 47.
Knoxville Police Department spokesman Darrell DeBusk said Linkous shot himself outside a friend's house around 1:20 p.m. Saturday with his own rifle. DeBusk said Linkous was staying
with friends and became upset after receiving a text message.

DeBusk said Linkous left no suicide note behind. The North
Carolina-based artist was moving to Knoxville and staying
with two friends, who told police Linkous was drinking and
became upset after texting with an unknown person. After
saying he didn't want to talk about what was upsetting him,
the friends said Linkous went upstairs for a short time, then
left the house through a back door. A witness saw Linkous sit
down nearby, take out his rifle, place it against his chest and
pull the trigger.
Linkous was popular in the indie music scene with a unique
sound that was engaging, ethereal and hauntingly beautiful.
News of his death spread quickly on the Internet and was met
with shock and sadness.
I am pretty cut up about this.
His first solo album, "Vivadixiesubmarinetransmissionplot" is
easily one of my top ten favourite albums of all time. He mixed
the hauntingly beautiful with the loudest of loud and made lo-fi
work for him far more creatively than any other musician or
engineer has ever achieved.
So The Midnight Jukebox tonight is my tribute to this crazy,
flawed, beautiful genius. I have spent ages putting it together
and making it seamless. I did so with love.
Sad & Beautiful World
Someday I Will Treat You Good
Rainmaker
Spirit Ditch
Hammering The Cramps
Cow
Piano Fire
Hundreds Of Sparrows
Painbirds
Shade and Honey
Welfare Shoes - Dancing Hoods "Hallelujah Anyway"
Bye Bye Jim - Dancing Hoods "12 Jealous Roses"
Angel's Harp (feat. Black Francis)
- Danger Mouse & Sparklehorse
Revenge (feat. Wayne Coyne)
- Danger Mouse & Sparklehorse
It's A Wonderful Life - Sparklehorse
WEBSITE
WIKIPEDIA 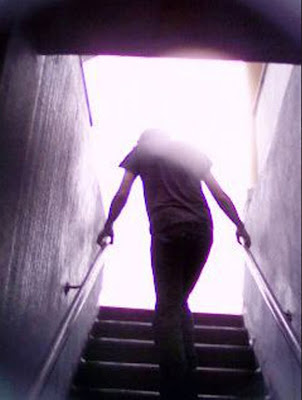