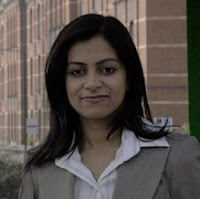 A progressive Brit-Muslim woman councillor was forced to dress more conservatively after receiving death threats and sexually harassing phone calls. Shiria Khatun, 38, told the police that callers threatened to kill her and her four young children. In one call, they warned they would dig up parents' graves and bury her there instead.

"They're really disgusting. They would talk about my Western clothes, my tight jeans and my body parts," she said.

At first she was "too embarrassed" to call the police, but when the threats, mostly made in the Bangladeshi dialect Sylheti, targeted her family she decided to act.

"As a councillor I'm meant to be a strong woman and I didn't want to show that I was bothered, but it's gone too far," the Daily Express quoted her, as saying.

The Labour councillor in the controversial borough of Tower Hamlets is considered one of the area's most progressive politicians and frequently campaigns for more Muslim women to enter politics.

COMMENT: There was a "Dispatches" investigation on Channel 4 last week that exposed how extreme Islamists in this London borough have taken over the political process of the council. The programme also showed how the extremists are given respectability and protection by so called moderate mosques and imams and how they have persuaded politicians, eager to be seen as politically correct, to hand over millions of pounds to their organisations. Their main political aim is the Islamification of England.

As you would imagine, this is causing extreme racial tension in the areas where the militant Islamists operate. But the programme showed that the people most effected by the bullying tactics of the fanatics are the ordinary, moderate muslims living in these areas. Having found freedom from religious oppression in England the last thing they want is a return to the controlling religion of their homelands. Some of them were prepared to go on camera to state this and, as Shiria Khatun's experience shows, this was an incredibly brave thing to do. But more muslims need to do this if the paranoia in my country is to end. It is not good enough for the Muslim population of my country to just rely on non-Muslim sympathisers to keep stating that not all Muslims want the complete Islamisation of England and/or support terrorism. We need more muslims like Shiria Khatun who are prepared to show they value the native culture of the land they now live in whilst advocating the parts of their own culture that could enhance the existing culture rather than replace it. But for such people, who represent a very large proportion of English Muslims, to become a political force for the good in England it is necessary for the politicians and talking heads of the nation to stop being so naive about Islamic extremists and to stop courting them and being accommodating of them. In fact, they need to condemn these racists as vehemently as they condemn the British National Party and other white fascist movements operating in England. And they need to do this quickly as extreme Islam is infiltrating all parts of Britain. They have just set up an operation in Newcastle Upon Tyne which is a place that has been free of racial unrest for many years. 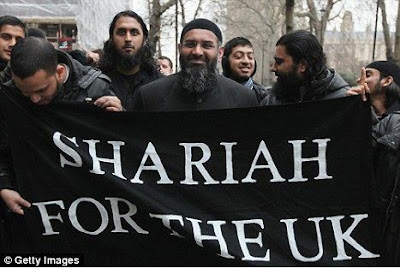 The majority of British Muslims are of Pakistani background.
From SPERO NEWS:

A 34-year-old Christian woman, Gulzar Kanwal, was “accused of blasphemy” on March 1, 2010, in Wandu, a village in the Gujranawala district of Pakistan’s Punjab state, when she refused to sell her cosmetics shop to aspiring Muslim shop owners in the market. Some 400 Christian families reside in Wandu.

According to local sources, Gulzar Kanwal owned a cosmetic shop that was popular especially with the women of Wandu because she was the only female owner of such a business in Wandu. Kanwal and her business piqued the ire of the local Muslim shopkeepers, since she is a woman and successful at her trade. They started making persistent demands on Kanwal to sell her shop to them.

On March 1, Haji Ahsan - a Muslim shop owner - asked Kanwal if she was interested in selling her shop to Muhammad Bashir - another Muslim shopkeeper. Kanwal responsed that she was not interested in selling her shop. According to local reports, Muslim shop owners, Muhammad Bashir, Muhammad Hafeez Salman and Maqsood Boota, gave Kanwal’s refusal a religious tinge and accused her of “committing blasphemy” against the prophet Muhammad.

As the word got out, hundreds of local Muslims gathered in front of Kanwal’s shop. The angry mob hurled obscenities at the “blasphemer” and attempted to beat her, so police officials from the Wandu police station near the market came to rescue her.

The police found Kanwal guiltless of making blasphemous remarks against the prophet Muhammad.

Kanwal is stressed and uncertain about her future as she cannot imagine reopening her shop because of death threats that have been directed at her after she was accused of committing blasphemy.