In a book of memoirs released in February, the noted Italian exorcist Fr. Gabriele Amorth affirmed that "Yes, also in the Vatican there are members of Satanic sects." When asked if members of the clergy are involved or if this is within the lay community, he responded, "There are priests, monsignors and also cardinals!"

The book, "Father Amorth. Memoirs of an Exorcist. My life fighting against Satan." was written by Marco Tosatti, who compiled it from interviews with the priest.

Fr. Amorth was asked by Tosatti how he knows Vatican clergy are involved. He answered, "I know from those who have been able to relate it to me because they had a way of knowing directly. And it's something 'confessed' most times by the very demon under obedience during the exorcisms." 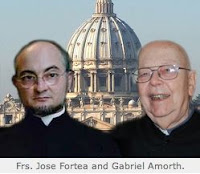 Fr. Jose Antonio Fortea Cucurull, a Spanish priest and theologian who specializes in demonology, responded to Fr. Amorth's assertions. After reading reports of Fr. Amorth's accusations pointing a finger at members of the clergy, including cardinals, Fr. Fortea declared that it is a "duty of justice" to speak out in their defense. Noting that some prelates "are more spiritual and others more earthly, some more virtuous and others more human," he wrote on his blog, "from there to affirm that some cardinals are members of Satanic sects is an unacceptable distance."

Fr. Fortea also defended those implicated in Fr. Amorth's statements, stating, "Our College of Cardinals, if we compare it with past centuries is the most edifying and virtuous that history has ever known. One would have to go back to the epoch of the Roman Empire to find a body of electors so distanced from all earthly pretension as the current one is.

"Cardinals might be better or worse," he reflected, "but all have upright intentions and seek the glory of God." 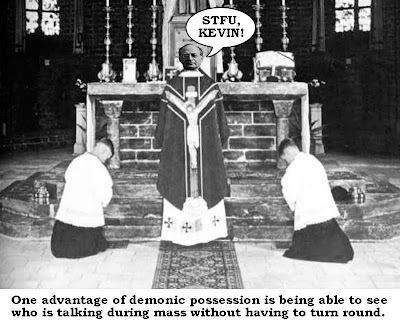 But seriously, folks. Demonic possession - real or unreal?
What do you believe?