On Sunday, dozens of gay men and women attended mass at the St Jan cathedral in Den Bosch to protest at the local bishop's decision to exclude homosexuals from the ceremony. And many of them left the church is a noisy protest after priest Geertjan van Rossem told the congregation that in order to receive communion people needed to have the 'correct' experience of sexuality.

'Homosexuals are welcome in the church. But we ask practising homosexuals not to take part in communion out of respect for the sacrament,' he said'.

The protest follows the refusal of a local priest to give communion to the carnival prince in the nearby small town of Reusel during the pre-Lent celebrations. The decision caused an uproar and led to newspaper Gaykrant urging gay Catholics to head to Reusel en masse and attend church. The refused communion to everyone who attended the service - regulars and newcomers alike. 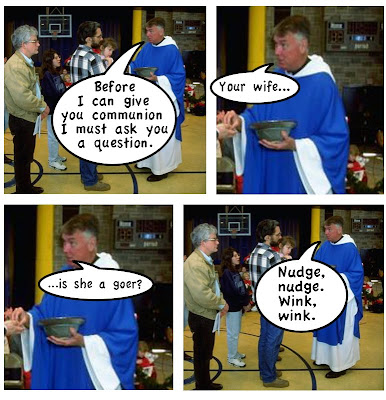