I have no idea what the Anglican Independent Communion is, although I can guess roughly what it's about. But that's neither here nor there. This is real anguish and my heart aches for the archbishop and all those in his situation.

Archbishop Gerald Dante Mino says when he heard of the massive earthquake crippling Chile, his heart went down to his toes. He serves the Anglican Independent Communion and its St. James Church in Concepcion, Chile.

He has been trying desperately to contact someone--anyone--from his congregation in the second largest city in the South American country.

"When I heard on the news that they found 300 children dead, I don't know if they're from our orphanage. All communication lines are down," said Mino.

He added that the news report showed his church had been destroyed. He has been in contact with church leaders in Rome, Africa and North America. No one has been able to get through to members of St. James Church.

Mino moved to Cincinnati for health reasons and serves as liason for church business worldwide via the Internet. He is working to establish a local relief effort through PNC Bank. 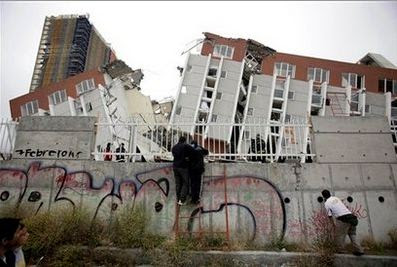