Posted by It's Margaret at
LEAVE IT LAY WHERE JESUS FLANG IT:

During the autumn months, I worked with many others in this Diocese to write some Resolutions for the Diocese to consider --to encourage the blessing of same-sex couples and to accept LGBTQ persons in ordained ministry... The Bishop himself said he hoped these things would happen by June of this year. He said it TO. MY. FACE.

Then during the Council, in his address he said this: “I do regret that, in this address, some important matters in our common life will seem to be slighted while others are omitted, such as the several topics arising from the debate on sexuality. But I look for us to address these issues thoroughly in regional forums in 2010. It is unfortunate that some of the weightiest deliberations that come before us cannot be adequately and justly dealt with in the very short time allowed by Annual Council...”

I held my breath.... but I was confident the Resolutions would pass --there is a ground swell. Truly.

Then Council was interrupted by snow, we debated the Resolutions --but Council was adjourned to meet and conclude at a later date.

That later date is this Saturday. The work by the Resolutions Committee was published. Our Resolutions are gone. Gone.

Most people do nothing about injustice. Some people, such as myself, moan loudly about it. A very few people actually get off their backsides and do something practical. Margaret is one of the latter. Unfortunately, such people risk the most and the constant set backs can be very draining. Please go read the rest of Margaret's post in which she talks about how this latest set back has led to making big changes in her ministry and offer her your prayers and support.

Posted by Pastor Joelle at
SKATING IN THE GARDENS IN HIGH HEALS UNDER MY ALB: 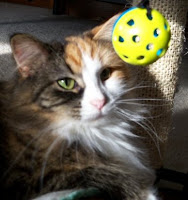 I noticed last night she didn't come up to bed with me which was a little unusual. Then this morning when she did not come to eat I knew something was wrong. I found her sitting in the basement, lethargic and with labored breathing. By the time I got her to the vet she was having an extremely difficult time breathing and so we put her out of her pain. She had fluid on the lungs. Lots of reasons for that. It was something of a shock since it came on so suddenly. My pretty little Mollie. I'm so glad I took her in and gave her the home she so obviously longed for.

Posted by Viv at
ZEN AND THE ART OF TIGHTROPE WALKING:

I always find when I come back from a trip or a holiday, I have a strong sense of anti-climax, like a sudden surge of depression. Last night I was very relieved to be home, and a few hours later we were watching a tv programme we all enjoy when I noticed blood in my dog’s mouth. Now, she’s got cancer of the tongue and her tongue has been in a mess for a while, but the amount of blood that appeared was alarming. She’s been treated for an infection in it, and what I think happened was the pocket of infection emptied, and bled clean. Needless to say she was unconcerned and after we mopped up the mess, it stopped. By the time we went to bed, she was OK. This morning, she was also fine. Her tongue looked ok; well, as ok as it’s ever likely to be and we headed out for a long walk. As I may have said before, she’ll be fine until she’s not. Last night I had a real fright that suddenly she was not fine. I slept badly. I couldn’t stop shaking for hours.

To all intents and purposes, there was nothing wrong this morning that wasn’t already wrong, but today has been a tough old day. Dog walkers talk. We stop and talk about our dogs; it’s the one thing we have in common and today I talked to several people. Holly’s cancer came up. I was upbeat and cheerful about it, but the second time, after I headed up the beach, I found myself crying. 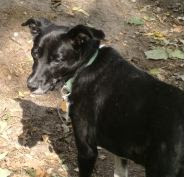 By the time I got off the beach and into the woods, I was sobbing. Thankfully no one was about so I didn’t have to worry. I was thinking about all the much loved animals we’ve shared our lives with and what sent me almost into hysterics was the sudden memory that it’s actually been ten years this year since Watson, my legendary ginger tom, died. Ten years. It doesn’t feel like it. I miss him still. I miss William, my big black shaggy cat, who slept on my pillow curled round my head, now gone twelve years.

I sat under an old oak and howled for a few minutes. Holly came over and put her head on my knee and we sat there like that for a while until I couldn’t let myself stay any longer. 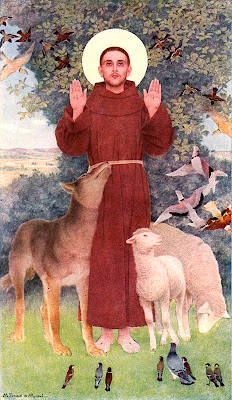