An elderly Hindu man on Wednesday won the right to be cremated on a traditional funeral pyre in Britain, after a ruling by the Court of Appeal in London. Davender Ghai, who moved to Britain from Kenya in 1958 and is the founder of the Anglo-Asian Friendship Society, was refused a permit for an open-air cremation site in Northumberland, northeast England, in 2006.

The 71-year-old lost a challenge to the decision at the High Court in London last May, but on Wednesday the Appeal Court said Ghai's wishes could be accommodated within existing legislation. Ghai welcomed the ruling, although he said his court battle had drained him "physically, mentally and financially."

"Now if I go tomorrow I will go peacefully, because I know that I will have a good send-off. Everyone should live and die according to their own religion," he told reporters outside the court.

The government, named as an interested party in the case, argued during the case that "others in the community would be upset and offended... and would find it abhorrent that human remains were being burned in this way."

But Ghai's lawyers argued that denying him the right to an open-air pyre conflicts with human rights legislation which protects, among other rights, the right to freedom of religious belief.

Judge David Neuberger asked Ghai's lawyer what his client wanted and was told the funeral pyre should be made of wood and be open to the sky -- but it could be surrounded by walls and the pyre covered with a roof with an opening.

"It seems to us that Mr. Ghai's religious and personal beliefs as to how his remains should be cremated once he dies can be accommodated within current cremation legislation," said Neuberger, who led a three-judge panel.

COMMENT: I have always fully backed Davender's campaign on the OCICBW... blog. It has always seemed to me to be a reasonable request, easily accommodated with the benefit to race relations in my country far outweighing any offence it might cause. Furthermore, I hope we shall all be able soon to take advantage of this ruling. Having seen the ovens in crematoria and having peered into many cold, dank graves in municipal burial grounds, I quite fancy the idea of being burned al freso - after I've gone to meet my maker, of course. 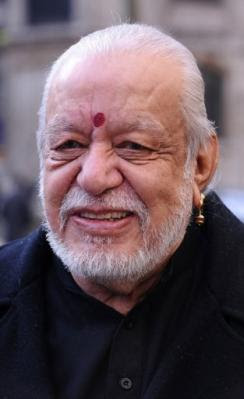 You fought well, with integrity, and I hope it is many years before you need to take advantage
of your victory

pen-pushers,
bureaucrats and
my ungenerous
fellow citizens to
see sense, a very
difficult task, in deed,
Davender Ghai is our...