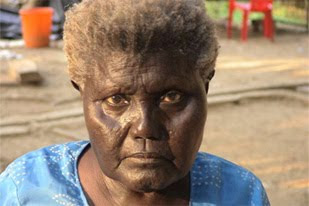 A tribal language thought to have existed for 65,000 years has disappeared forever in India's Andaman Islands, taken to the grave with its last speaker. According to the indigenous advocacy group Survival International, Boa Senior, the last member of the Bo tribe, died last week at the age of 85.

"With the death of Boa Sr. and the extinction of the Bo language, a unique part of human society is now just a memory," said Stephen Corry, director of Survival International.

One of the 10 Great Andamanese tribes that are considered indigenous inhabitants of these islands 700 miles east of the Indian mainland, the Bo tribe spoke a language which is thought to date back to pre-Neolithic times and possibly to the first settlement of the region by modern humans.

Boa, a survivor of the Asian tsunami of 2004, lived in the Strait Island of Andaman in a concrete and tin hut provided by the government. After the death of her parents, she remained the last Bo speaker for 30 to 40 years. She had no children, and her husband died several years ago. Singing in an almost hypnotic language, she was very lonely as she had no one to converse with.

COMMENT: I'm not so certain that it has disappeared for

good. It sounds an awful lot like Welsh to me - another
very primitive language.