I know nothing about American football other than the obvious

fact that it isn't football. But, I regard loyalty to one's friends
as one of the highest virtues and so, yesterday, I was happy
to align the full weight of the OCICBW... media machine
behind the little known sports combo, the New Orleans Saints,
as they took on the Goliath that is the Colts' franchise.
Of course, I take full credit for the Saints' subsequent victory.

Any other sports team wanting to win a major trophy should

get their accountants to contact me at MadPriest Towers. 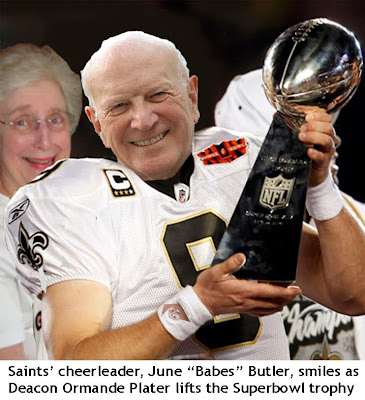