From THE NY DAILY NEWS:

They worked for years cleaning and maintaining the Episcopal Church Center in midtown Manhattan. But after they were fired on Dec. 30, nine hard-working people are in desperate need of divine intervention.

"We came to work on Dec. 30 as every day, hoping to leave a little earlier to celebrate the new year," said Bronx native Héctor Miranda, a father of three. "But when we got to the building we were told that we no longer worked there. Just like that. They picked the date well to fire us."

Now, without the means to support his family, Miranda has no idea how he will pay the rent.

"Even worse," he said, "without health coverage I don't know how I am going to pay for my wife's treatment. She is a diabetic, you know."

The workers lost their jobs - which paid standard wages and benefits - when the church canceled the contract with Paris Maintenance, a union cleaning contractor, and replaced it with the nonunion Benjamin Enterprises.

Last Thursday, more than 100 people gathered in front of the church to support the workers and ask church officials to help them get their jobs back.

"They [church officials] just looked out the windows," said Colombian-born Andrea Saavedra, 32, who worked at the church building for two years and 16 for Paris Maintenance.

Church spokeswoman Neva Rae Fox said, "It needs to be clear that looking for a new contract is a normal business procedure."

But a church is not supposed to be a business and Saavedra, the single mother of a 12-year-old daughter, said: "One would expect better from church people, one would expect them to be examples of fairness and kindness."

Linda Watts, chief operating officer of the Episcopal Church, put out an official statement: "Budget constraints have prompted The Episcopal Church to review all contracts and to implement cost-cutting measures where possible," she said. No mention of the plight of the nine men and women thrown out to the streets or of lending them a helping hand.

"Good luck, we wish you all the best," read the note the workers found in their lockers on Dec. 30. 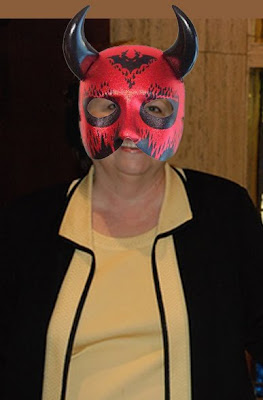 For services
to the enemy
in these times
of economic
uncertainty,
The Episcopal
Church is our...