A friend of ours has notified me by email that he is seeing his GP this morning (real time) due to work related stress caused by the unethical demands of his bosses in a job that requires a high level of ethical conduct. He asked me for an arrow prayer but I think those of us who are awake can do better than that. Those of you (the Americans for instance) who can't be bothered to get up until lunchtime (real time) please pray for recovery and righteousness in the workplace.

I again entreat you to pray for my sister-in-law Chris. Although she has endured a harsh regimen of chemo therapy in the past months, Chris has more cancer in her lungs from what was originally breast cancer. (Since August, she also lost 25 pounds, which she did not have to lose.) She lives in Bellingham, WA with CB's brother TH.

Right now Chris and TH are on a short trip to Hawaii. I pray that this is an enjoyable and love-filled time for both of them.

The following men have been murdered this week in the New Orleans Metro area:

Sara, at CRYING IN THE NIGHT, is still deeply concerned about her friend who is insisting on having treatment for cancer in China rather than going back home to the States.

She has also posted the following:

Michael Spencer, the INTERNET MONK, is not doing well. He is being treated for a malignant brain tumor, and now he says he also has colorectal cancer. He has lost his job and his insurance coverage from the school he worked at, ends this month. The surgery and radiation on his brain makes it hard for him to communicate, something that he was the master of before.

On his own blog, Michael writes:

My situation is serious. Sleep is a big issue. I need rest and it is hard to get. This cancer situation is not going to give my old life back. It may take the life I have. I choose whatever mission God has for me, the utmost need is a simple prayer on my behalf.

Please pray for a young woman who attempted suicide week before last. She is still struggling.

Thanks for the prayers for Dr. Ann. She is back home now and still improving--amazing her doctors, friends and family, actually.

Posted by Father Dougal at DOUGALTHINK:

The trip to the new doc's surgery to be peered at went well. My blood pressure is normal, my meds prescribed and the Hepatitis B vaccine is now in the fridge awaiting a trip to the practice nurse.

My visit to the new rectory today brought joy to my heart. The plumber had been back and sorted the new leaks, plumbed stuff in and sorted the showers. The joiner is finished. The boiler is now working and the house is "toastie", drying out. Tam, the decorator is being his brilliant best, what a man!! And apart from new carpets in the hall and stairway, we could possibly move in next Friday! 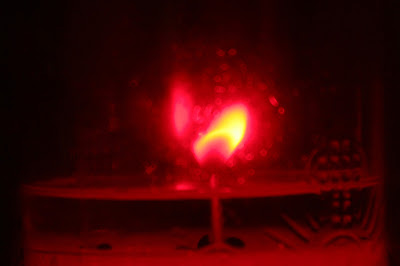