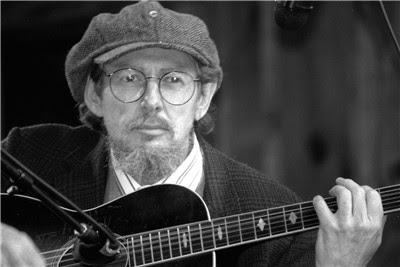 I think most train songs are improved by association & emotional attachment. I love Steve Earle's stories & especially his song about the Texas Eagle, but I've never ridden that train: just drove through San Antonio once on the way to CA.

My earliest memory of Sunday mornings is my dad walking through the house, singing his gospel quartet version of "This train is bound for glory" at full volume. It was our 2nd alarm: the call to get out of bed, get dressed for church, & get into the car. He had a great bass voice, but the song was ruined for me later after hearing the Peter, Paul, & Mary recording.

Everyone knows Steve Goodman's "City of New Orleans", but not everyone got to ride the old version of that train. I never thought the song did it justice anyway. The AMTRAC line is still there, though, from Chicago to N.O. The tracks were a block away from my mother's stepmother big house in a dusty little town. Whenever we heard the whistle, my brother & I would sprint down to watch the mailbags being thrown off or to stare at the rich folks on the way to the big city, Chicago.

My first ride on that train was at 18, after my first Mardi Gras in N.O. I arrived back at school after 2 hours' sleep, just in time to write an essay for my 8 AM English class: an essay on N.O., of course! Strangely enough, it was probably the highest mark I got that semester. My prof also showed remarkable detailed knowledge of the geography of the French Quarter & its bars, which shouldn't have surprised me, but did.

The last time I took that route--from Toronto to Chicago, then Chicago to N.O.--was in April after 8 years of living out of the South. Toronto was still knee-deep in dirty slush, but as we moved west through Michigan, there were a few buds & signs of spring. After Chicago, things slowly thawed & leaves were opened. By dawn, somewhere near Memphis, it started to look like full spring. Into Miss., then more leaves, magnolias, azaleas. People started boarding for N.O., & there was more talking & laughing. The train slowly moved through the lime-green cypress swamps north of N.O. By the time we arrived, it was full summer and the party awaited. The whole trip was like moving through time-lapse photography.

I still don't like the song so much, but it does get me choked up these days, especially after Katrina.

My favourite train song might be Norman Blake's "Southern Railroad Blues", mostly because I like everything he's recorded, and it sounds like a real period piece. Now, I'm not sure if he's talking about the SR in the southeast, but I used to think it was the Southern Pacific--which was probably wrong. My dad got a job with the SP in 1929 and was sent to west Texas. Later he claimed that the depression hadn't been all bad for him, since it got him out of west Texas when he lost his job. He went back home to La., went back to school, & taught in one-room schools during the depression: lots of kids with overalls, no shoes, & lard biscuits in an empty syrup can. Anyway, all of Blake's songs resonate with me. And he sounds like one of my favourite uncles who told great stories, too, mostly of their strange, eccentric neighbours.

OK--enough rambling memories. Enough nostalgic train songs. Thanks for the post, & hope you get some killer songs. My musical tastes solidified before punk, but maybe there are more recent ones: "Train to Hell", "Trains in the Brain"? May they be discovered!

Well hopefully I can bring back some happy memories for you, ginny.

I've found a live version of Norman Blake singing "Southern Railroad Blues" recorded at the Take It Easy Ranch Bluegrass Festival, Callaway, MD on July 20, 1974. The whole concert can be downloaded legally and for free from THE INTERNET ARCHIVE.

Second up is Sister Rosetta Tharpe singing "This Train" which will hopefully restore your love of the song.

Then, just to be completely different, a reggae version of "This Train" sung by the brilliant roots group of the late seventies, Culture.

And finally, Linde Nijland from the Netherlands gives the song a go on her "Sings Sandy Denny" album.

Enjoy - but don't miss your train! 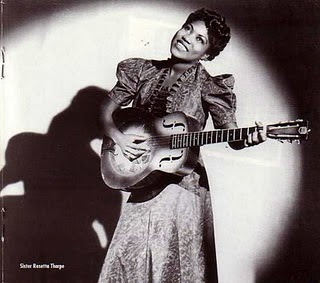