The practice by some ultra-Orthodox Jews of spitting at priests, nuns and other Christian clergy has been denounced in a statement by the Israeli Embassy to the Holy See. The Jerusalem Post recently quoted Rabbi David Rosen, a veteran of Catholic-Jewish dialogue, who said such incidents of spitting are "a part of life" in Jerusalem and have been occurring for the last 20 years. However, they appear to be limited to Jerusalem.

Israeli authorities have taken these reports so seriously that the Foreign Ministry convened a meeting with municipal officials in Jerusalem and representatives of the ultra-Orthodox Haredi Community. A press release issued by the Israeli Embassy to the Holy See in Rome contained a letter denouncing the harassment of Christian clergy from the Beth Din Tzedek, the tribunal of the Orthodox Jewish Community, which is the highest in Jerusalem's ultra-Orthodox community.

"We hereby call upon anyone who has the power to end these shameful incidents through persuasion, to take action as soon as possible to remove these hazards, so that our community may live in peace," the release states. 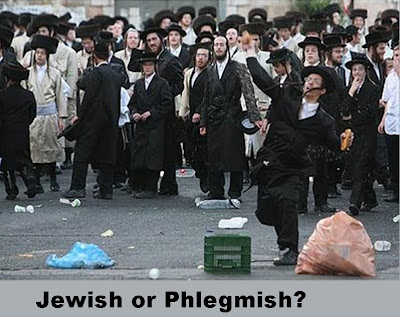