From THE DAILY MONITOR (Uganda):

A senior Anglican priest in Lira has attacked people who are against the Lango Cultural Foundation, saying they deserve stoning to death. Such capital punishment is a penalty prescribed by Biblical law for the commission of offenses that violate ritual prohibitions as well as laws regarding interpersonal relationships, he reasoned.

Rev. Esau Omara, the provost of Boroboro Cathedral, said cultural institutions must be treated with respect and not with contempt.

“People who think they are educated should join the foundation to help it grow rather than fighting for its downfall,” he added.

His comments were reportedly directed at Uganda People’s Congress chairman for Lira Dan Okello, who made a stinging attack on the head of the Foundation, Won Nyanci Yosom Odur, recently. Mr Okello is alleged to have said the paramount chief and the Foundation lack relevance because they are not working in the public interest. 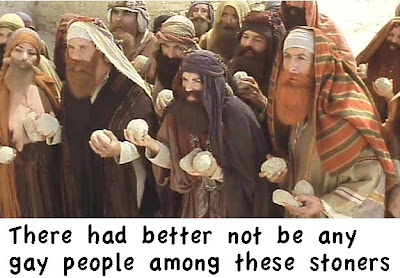